If you can't already tell, I'm huge advocate of logging user activity. There's something incredibly powerful about understanding what people did in the past. I guess it harkens back to my days as a high school history teacher where I would tell everyone on the first day of class that students who fail my class are doomed to repeat it.

In my quest for understanding how salesforce customers want to log activity and measure it, there are some consistent themes I've heard:
1. the use case always drives the granularity of the data we need to capture
2. while real-time isn't always necessary, it's almost always desired
3. I really want one place to go to for log data
4. if I have access to the raw log data, I can always slice-and-dice it the way I want in my reporting app of choice

One interesting solution that I've been playing with is capturing events in Salesforce orgs and sending them over to Heroku. If you haven't heard of Heroku before, you should check it out. It's a platform for developers to effectively deploy and manage their applications. One of the great advantages of Heroku is it's great add-on platform called Elements. Whether it's cache, video processing, data storage, or monitoring, it's easy to plug Heroku apps into a great ecosystem of app providers.

Logging Salesforce user activity is pretty simple:
1. I created a polling app that runs on Heroku. In my case, I created a python script that polls Salesforce every minute to retrieve Setup Audit Trail events. But it could just as easily captured Login History, Data Leakage, Apex Limit Events, or really any object accessible via the Salesforce API.
2. The python script writes Salesforce user events to the Heroku logging system called LogPlex
3. LogPlex is integrated with a series of add-ons including Logentries, Sumologic, and PaperTrail. It can also be integrated into other back end systems like a SIEM tool or notification apps like PagerDuty

The advantages of this solution include: 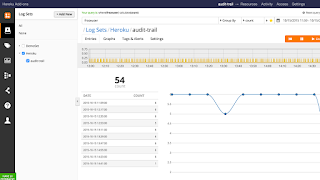 The disadvantages of this solution include:
To try this solution, check out the sample Setup Audit Trail python script on my Github Repo.
Posted by atorman at Tuesday, January 12, 2016 No comments:

Time For Your Security Health Check 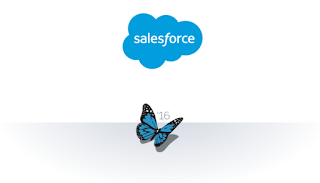 As a Salesforce administrator, have you ever spent to much time researching security for your cloud applications? Ever felt frustrated trying to find the security setting you need? That's why Salesforce created the Security Health Check, available to you in Spring '16 release.

Why we built Security Health Check

Security Health Check was built to bridge the gap with security requirements and actual implementations of security:

What’s Next for Health Check?

We are continuously expanding the scope and functionality of the Health Check on the Security roadmap. Future features include (under Safe Harbor):

In Setup, find Security Health Check by typing "Health Check" in the Quick Find box to find it under Security Controls.
We hope you use the Health Check and that it becomes a favorite security destination for you.
Please feel free to leave your comments, suggestions and feedback below. Thank you!
Posted by Jari Salomaa at Thursday, January 07, 2016 1 comment: 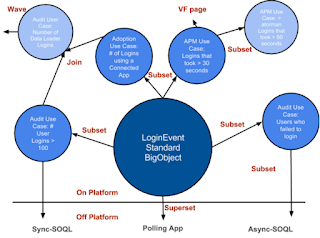 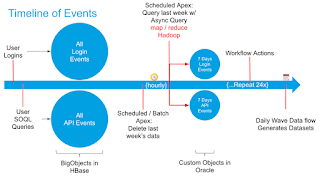 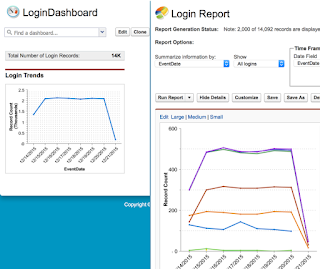 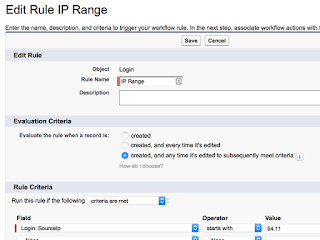 To try this out, contact your Account Executive to have the Asynch SOQL pilot enabled in your org. Then just download the sample code and configurations in my Github asyncSOQL repository to get started with Event Monitoring use cases like Login Forensics, Data Leakage, or Apex Limit Events.
Posted by atorman at Tuesday, January 05, 2016 2 comments: